I don;t have much time or energy to do a big writeup, but seeing a DS106 Daily Create on remixing book covers, is hard to pass (well I knew about it since I put in the site, but that was a while again).

I just scrolled through a long list of covers found in Google images, I was lazy and did not look for open licensed stuff. I just was looking for something that jumped out at me as something I could change. It was something abut the giant menacing machine on this cover of “The Cosmic Computer” that triggered it as a possibility. 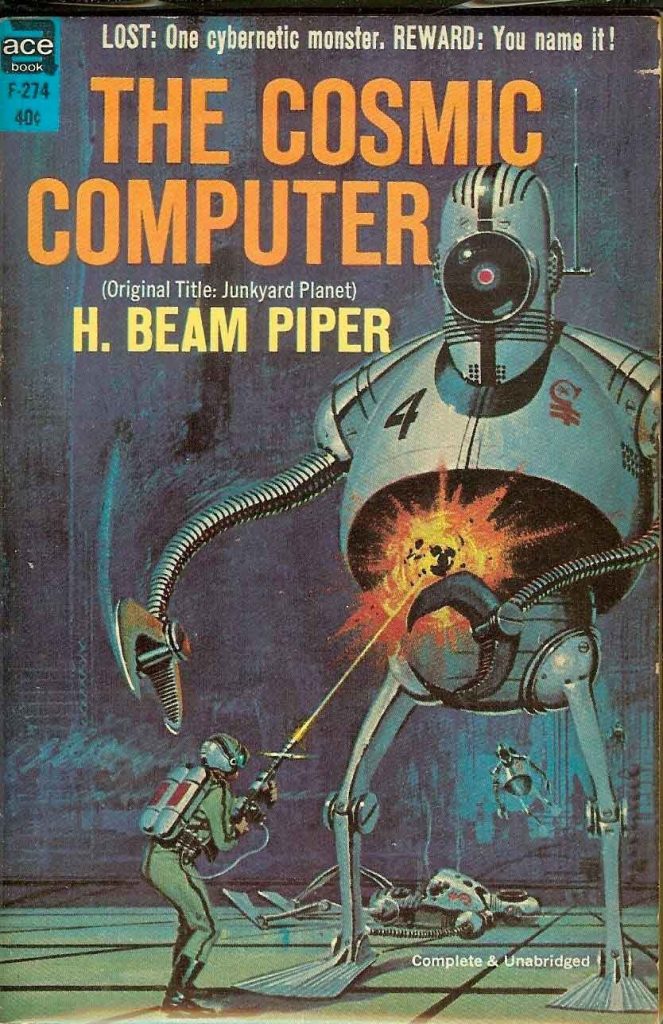 It’s so retro. The idea that clicked was remembering a few grumbly tweets about the impending new Apple OS operating system upgrade, like from Randy Thornton

I don’t need any of these features RT @newsycombinator OS X is now macOS and gets support for Siri, auto unlock https://t.co/9tX7wvfRoH

Announcements were made that sure made it sound like the Mac OS (now actually called macOS) would be aiming to lasso together the computer and the mobile platform. It’s not the best swap but I took the terminology for “Continuity” to replace the “Cosmic in the title”, remixed as such 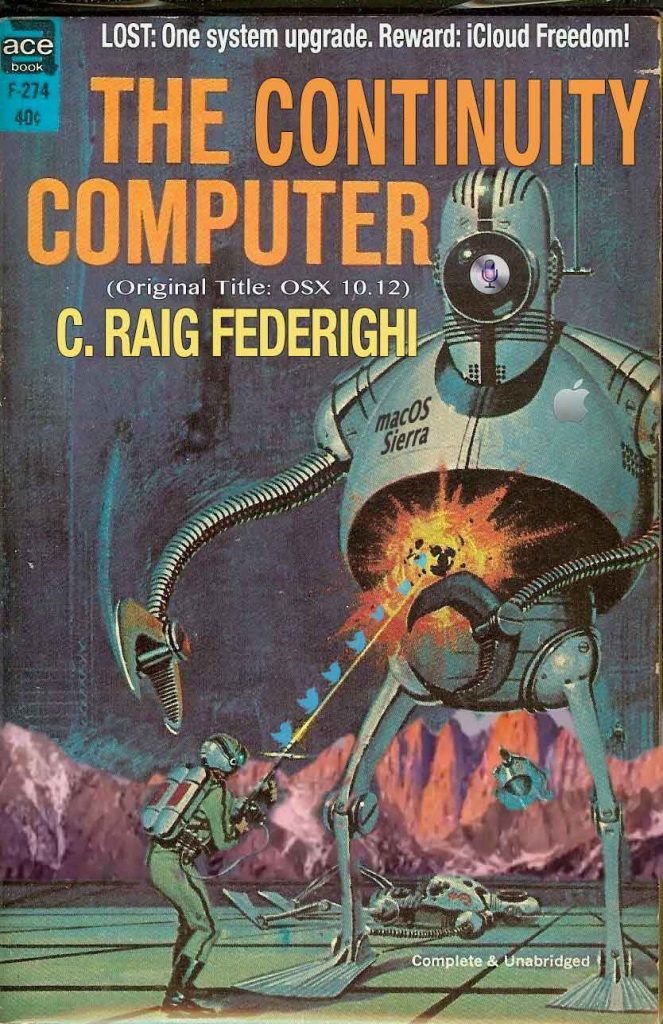 Most of the text worked as a weight variant of Helvetica Neue, and after matching, I used the clone brush to wipe out the text in the original. Finding a Siri symbol, Apple logo, and the words macOS I put on the big giant menacing machine. Using some quick mask work, I put the mountain “Sierra” logo in the background, and felt like the fighting dude with the tay guns might as well be firing little tweets at the Big Apple Machine.

Like Jim Groom and his epic work and writeup to do Fahrenheit 106, these cover remixes are some of my favorite DS106 things to do.

Yes, Randy, we might be doomed. My Mac is still on OSX 10.9.5 and until I have a critical reason to upgrade, I am staying away from the Upgrade Monster.

Top / Featured Image : a cover found on ACE SF F-Series Singles Image Library I have no idea what it is, but the page is right out of the 1995 web design school, but is still actively maintained.

That is more than one can say for a lot of other web sites.