Because I use it almost daily, I have to admit that my favorite tool I built is the flickr CC Attribution Helper which makes attributing Creative Commons licensed flickr photos a one click copy / paste operation.

The thing about attribution is that there are no fixed rules for how to do it, and if you look around you can see an almost infinite variation of the ways people provide credit (and sadly, the majority you see on web sites are un-attributed). For images from flickr, at least with my little tool, I get consistent formats. For what that’s worth.

In a blog post sometime earlier this year about my work on the Creative Commons Certification (call me lazy for not finding it), I remember Maha Bali correctly calling me out because my attribution tool left out the title of the image.

For example, the title of the photo below is “It’s Always Christmas in Arizona” but my tool only used the title as alts for the image: 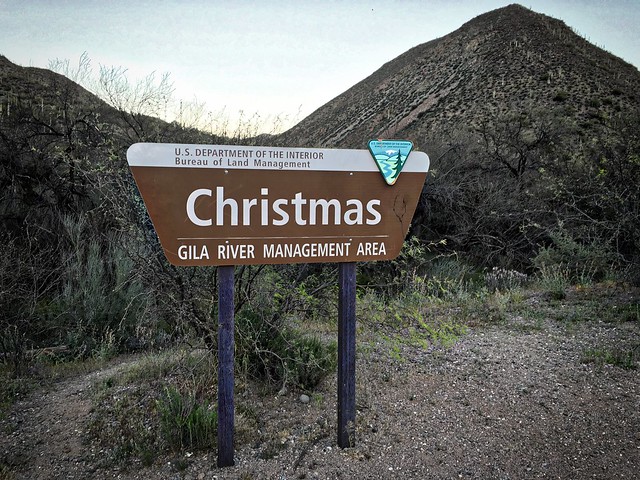 So again, while there are no fixed rules, Creative Commons does have a recommendation as Best Practices for Attribution called TASL, which stands for Title, Author, Source, License.

It was not a huge task to make this change, so the same bookmark tools you used before will now render newer attributions like: 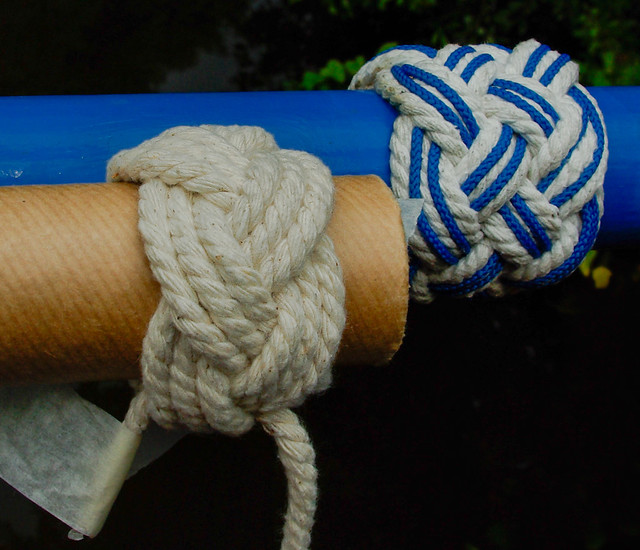 and as the text version:

If you are using my bookmarks, you may not see the updates. I found that I needed to shift-reload the links to the tool to get the bookmark to use the newer version. You can do that using the following links for the basic HTML version or the WordPress version (use shift-reload or shift-refresh, the links wont do anything but shuffle messages).

Now this still bears my preferred style (it is my tool after all). I like stating that it is a flickr photo, but that’s not in the TASL. I also like saying “shared under” rather than “licensed under”.

But if you want the “strict” adherence to the Creative Commons reccommended format, e.g.:

I have added two new options to do attribution the CC Recommended way- you can make new bookmarklet tools by selecting the “CC Best Practices” versions from the menu: 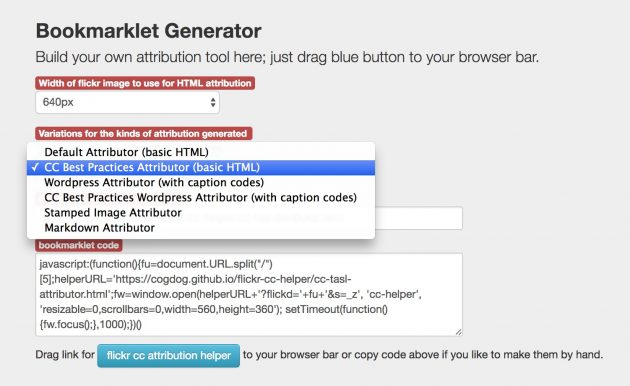 This all was made easier because of the way each attribution style is just rendered by a different “helper” html page, so its quite extensible. If you dod not like any of the styles of my attributions you just need to build your own by copying / forking mine.

But now, whether you use mine or the new ones, you get your full CC TASL in your attributions. 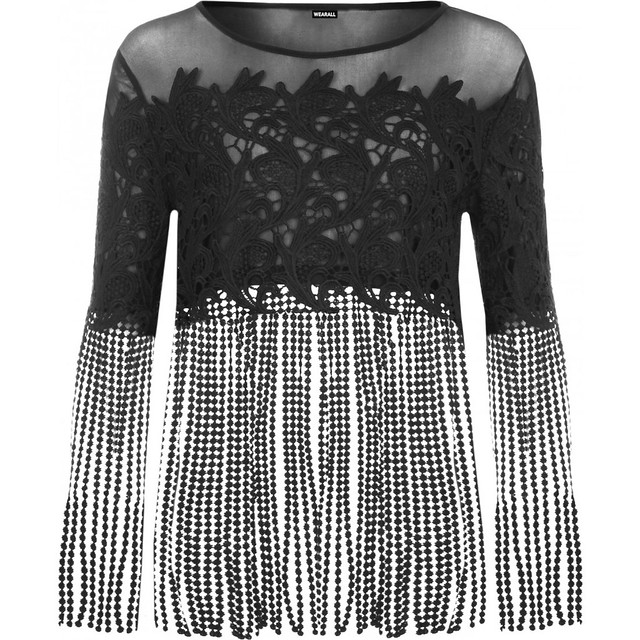 If you are not attributing your images, don’t wait for 2017, you can start right now.