Word traveling seeds, now is there a metaphor?

Back in 2013, Jason Toal blogged a offer to send some sunflower seeds he had harvested in Vnacouver to anyone who commented on his blog. The idea was that when they harvested, they would “seed it forward” to others. And to trace credit, the idea was inspired by Brian Lamb’s son Harry who had blogged an idea for community compositing. And Harry’s mom fills in that the seeds originated in a Squamish community Garden.

Jason told the story as one in my True Sharing collection

I did pretty well with my first batch, I had three huge plants that grew at my home on northern Arizona. Jason had a list and update on how the distributed seeds went out: 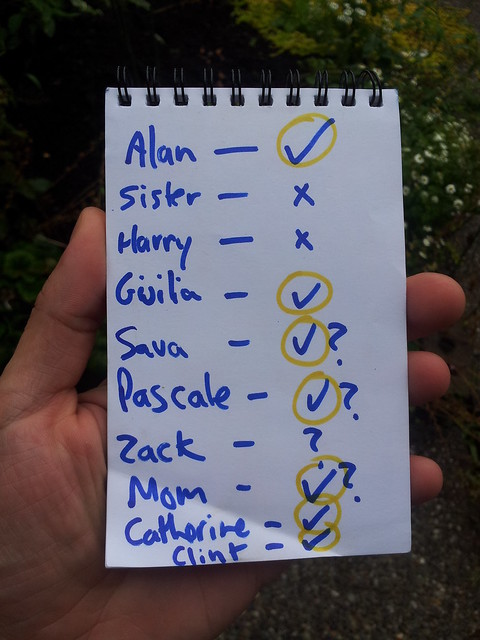 I sent out quite a few, to my sister in Florida (rabbits ate them), to my other sister in Baltimore (deer got some of hers, but she gave seeds to her first grade students), to friends/colleagues in Vermont, The UK, Ontario, Colorado, to a lady who worked in a restaurant in my home town (Barbs have grown the last few years I heard), and more people I am forgetting. 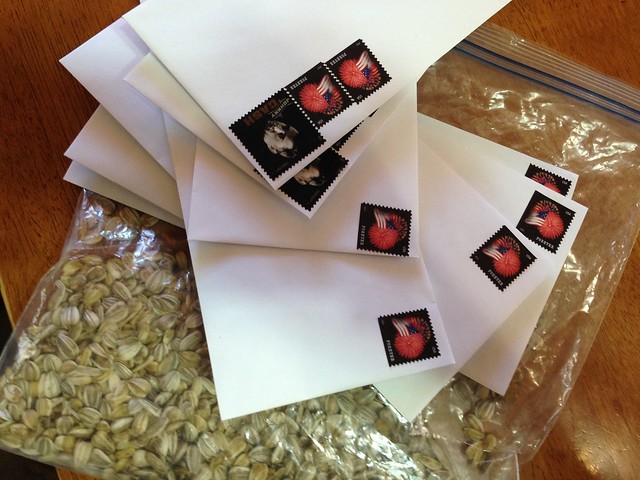 I did not keep good records.

My replants in 2016 and this year did not do as well, but last summer U had some growing where I had not even planted them! Each year they got a bit smaller, likely hybridizing with local sunflowers which are not as big.

I did get a request from a teacher in New Zealand I know only via his viking helmet and tweets as @teachernz. I was not confident they would get through agricultural control, but they did. I failed on a trip to Hamilton in 2015 to visit MIchael, but he did report he got some flowers.

But there’s more. I follow Michael in Instagram, and recently commented on his photo of kauri tree, asking if the Pohutukawas were in bloom…

Somewhere up in this kauri is the first cicada I've heard this summer.

I remember these iconic trees from my visit to New Zealand in 2000, huge spreading arms often growing on the beach. Pohutukawa trees, the “new Zealand Christmas tree”, are famopus for their red flowers at Christmas time. I was there in November, a little before prime… see Michael’s later photo of the red flowers.

So imagine how joyful it was to get an unexpected package of seeds in the mail last week: 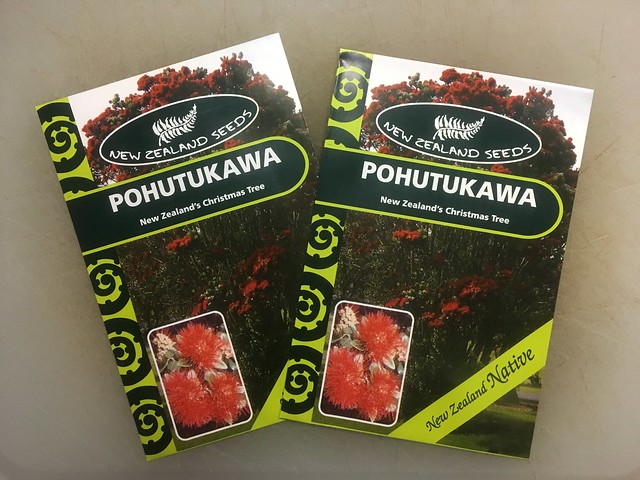 Share stuff, and it can come back, without even asking.

Of course the chances of me growing a “coastal tree in the myrtle family” in the dry Ponderosa Pine climate where I live might be nil.

But it’s worth trying.

By the way, if you ever grew Jason’s flowers, and have photos, be sure to add them to his Sunflower Seed Sharers group in flickr (yikes, I have not done many), Maybe time to start a new round, Jason?

Top / Featured Image: Collage of two of my own photos: the 2014 Harvest of Vancouver Sunflower Seeds– flickr photo https://flickr.com/photos/cogdog/15284008272 and the New Zealand Pohutukawa seeds that came in my mail this week flickr photo by cogdogblog https://flickr.com/photos/cogdog/31638179976 both shared under a Creative Commons (CC0) license