Did you ever have an idea you were so excited about that you feel like your head my burst? When you try to share it with your friends, colleagues, it comes out sounding like a random burst of mashed up radio transmissions? Maybe you are a resident of the Cuckoos Nest.

In a break from form, I am skipping my long winding, meandering openings and get to the ask.

In Spring 2017 Mia Zamora and I are running an open course on Elements of Networked Narratives – part ds106, part Writing Electronic Literature, part Connected Courses with flavoring of asking people to become “digital alchemists”, explore identity creation and online role play, all to engage in meaningful civic imagination. And a mirror world.

Here. Go to our concept description, jump into the conversation via hypothes.is annotation, sign up for updates, and more suggestions.

We are doing this low budget, no project support, no backing sponsor, no MOOC platform, all hand crafted Reclaim Hosting hosted goodness. Talk about crazy. Mia and I are running a course for this under a label of Digital Storytelling at Kean University. 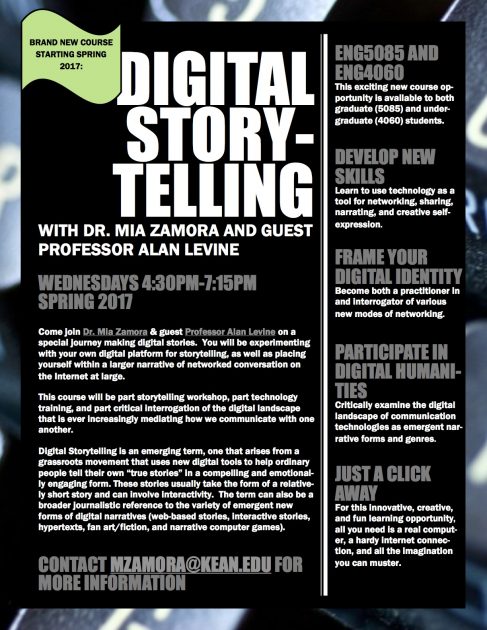 There is a poster; the course must be real.

The “illness” started over the summer; Mia contacted a few people for ideas on running an open course in the fall with DML as somewhat of a practitioner followup to the 2014 Connected Courses course (course, course, echo, echo…) Timing fell through, and it did not happen, but I was interested, and peppered poor Mia with looney ideas, and now I am in the ward.

We had talked about the idea that there is some mysterious magical potion or essence that makes storytelling, and doing it online, effective. Sure people make lists of apps to use, write books, do keynote, and do TED Talks on it, but still– it seems a bit elusive. What if we had people explore this essence? 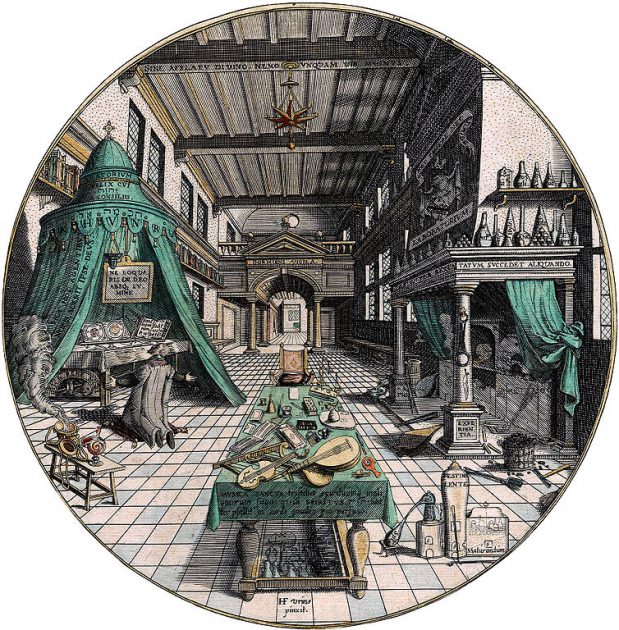 My knowledge of alchemy is superficial, people in the Middle Ages doing weird experiments trying to turn commons substances into gold. Turning things in the every day world… into gold. Might that be a crazy way to think about storytelling? But dig in to the history more, and you might find the protean methods that evolved into scientific disciplines. You find advanced practitioners from the Arabic world, informing later Europeans. You find that Isaac Newton devoted many years and millions of words to his exploration of Chymstry.

We got interested in this idea of what it would mean of we ask people to think about, and even take on the title of being a “digital alchemist”? We got so animated talking about it at DML that other people came over to see if we needed those white jackets with the sleeves that go backwards.

Mia already has planned, and gotten agreement, from people she knows in the Electronic Literature world as alchemists we might visit- people who create/teach Fan Fiction, who design NetProvs, who write digitally in non-linear means not possible in print. This will be a series of likely Google Hangouts we run.

So that is part of the mix, and shortly there will be a list of our lined up studio tours on http://netnarr.arganee.world/.

Not much is concrete, that’s why we are asking now for people to help us plan this out (or to send us in for shock treatment). But in the mix might be:

There’s a lot more, but Nurse Ratched is telling me my session is almost over.

You will have noticed a lot of what I am proposing are things we did in DS106. I thought for a while, and sometimes still do, about why not just doing it within those DS106 structures? There is an aggregator, daily create, assignment bank. The ask to do multiple tagging got messy and it throws in another space which might not be clear to participants. And why not, if only experiment, we tried a Son / Daughter of DS106 as it’s own creature?

This December period makes me nostalgic for the December of 2010 when the first open DS106 was hatched. Nostalgia is a dangerous alchemy element. But it’s attractive. We garnered a few people who got excited, and populated the space with some amazing bits of spontaneous work. A smaller group joined together to craft the shape of it.

I have no idea of we can do that. It’s not about re-doing DS106. But it is honoring it.

Are we nuts? Is anyone out there? Am I alone in this asylum? Chief? 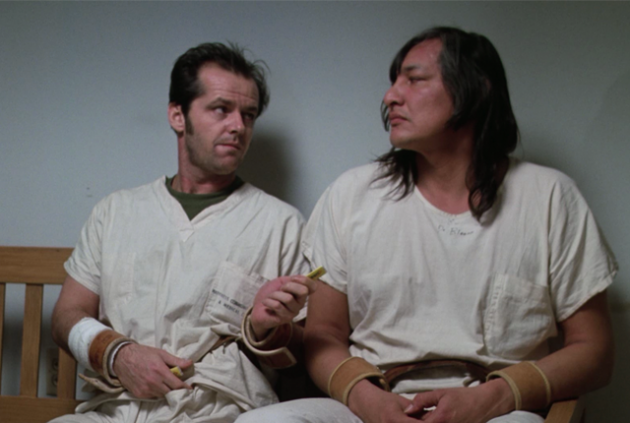 Give us some help or more medicine over at http://netnarr.arganee.world/concept

Top / Featured Image: A single frame from One Flew Over The Cuckoo’s Nest from Wikimedia Commons. My re-use is suspect, but for the sake of the wording of the rights, I am engaging in some critical commentary of the film.