Is it just me or are people in the US (and Britain, and France, and… well everywhere) just more on edge lately? Sleeping less / worrying more?

I know it’s just not me.

Of all the things the new administration in the US is doing (and the list grows with every whacko tweet), the idea to repeal the Affordable Healthcare Act, without any idea what to do in it’s place, just to thump political chests… is at a minimum idiotic and personally, very threatening.

Unlike many other countries that see a healthy citizenship as a positive value, in the US, you get healthcare options if (a) you are some kind of billionaire; (b) you work for a medium to large company; or (c) you marry someone from group A or B.

And until 2013, if you were self employed and happen to be blessed with a pre-existing condition (my situation), your chances of getting insured and having enough money left to eat something more than cold beans, was in the range of a snowball’s survival in downtown Phoenix.

Ranting in social media feels good, but it’s just yelling into a well. When I took my rants to medium.com, I got 7 recommends and 1 comment. Bigly.

Where I live in Arizona is one of the reddest counties in a very red state. My US Representative Paul Gosar, and both Senators John McCain and Jeff Flake have consistently whinged the last 6 years about how terrible the ACA is. They still do. They still spend a lot of energy blaming the previous President. I have not seen, read, heard until it became political to parrot the incoming President, any expressed interest in providing affordable healthcare to all. It’s been all BAD BAD BAD REPEAL REPEAL REPEAL.

I do send them emails, leave messages with staff. The consistent reply is “thank you very much for your concern. Now let me tell you how bad Obamacare is [insert boiler plate text from web site I already read]].”

It’s so easy to feel tiny, unheard and lost in the big machine.

My action was to buy a domain.

Well, first I was motivated / inspired by a personal project created by Tanya Elias, who I knew through my time at Thompson Rivers University. She took the TRU Writer SPLOT WordPress theme I developed in my time there, and created a wonderful site for people to anonymously share hard stories of victimhood.

I see value in collecting personal stories, so my idea was to build my own site where people who are potentially affected by a repeal of the ACA, to show those making the decision what kinds of lives they are ****ing over.

Somewhere the idea came for what I think is a clever domain… 30millionlike.me what would it mean if 30,000,000 people put their stories there? More than a big database!

And does one comprehend that number on a single human scale? I had some fun tracking down some stats and info that put it in perspective:

It would take the populations of the sixteen largest US cities to reach a total of 30 million people — that is, the number of people who benefit from the ACA is greater than the combined populations of New York, Los Angeles, Chicago, Houston, Philadelphia, Phoenix, San Antonio, San Diego, Dallas, San Jose, Austin, Jacksonville, San Francisco, Indianapolis, Columbus, and Fort Worth.

And I fell down a small rabbit hole when I found a site where someone put 1 million dots on single page (much horizontal scrolling). They did it by making a square grid of 10×10 dots (100) into a single graphic that has these grids in a grid of 10×10… 0r 10,000 dots. I made that image a pattern in Photoshop, calculate the dimensions needed to have an image that would include 300 copies, and filled it with the pattern. Boom! You are looking at 30 million dots! 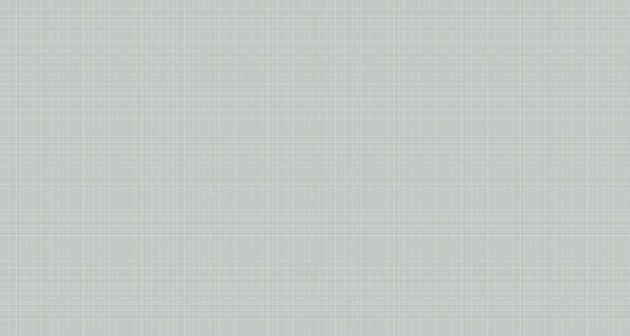 30 million dots in a single image. You can easily find mine in there, right?

That shows how I get distracted with an idea.

I started talking up the idea for the site up before I finished it, so I had to knuckle down over the weekend to flesh it out. But it’s there. With my story Life in a Quiet Place Called Strawberry: 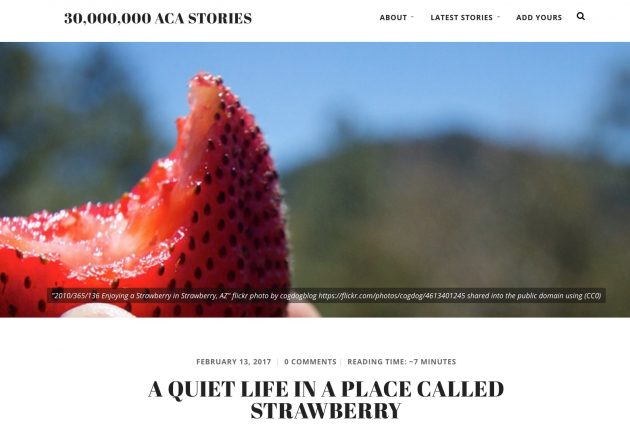 I did a lot of rewriting of the form where people compose their stories, to make the instructions more specific to the site. I changed the checkbox of categories in the normal site to be a drop down menu of categories, which are states.

If for some reason I did get a lot of stories, it seemed a good way to be able to send a link to a Congressperson.

And for fun, I threw one new wrinkle in the error checking:

That was easy with a PHP case insensitive replace command on the post field with the written text:

where $ocount comes back with the number of replacements.

Rather than put the lost of stories on the front page, I used the WordPress option to put a static page there, so I could explain the purpose of the site.

And… on every single story, at the bottom, I added the widget from countable that should provide a way for people to easily message their reps (it does some geolocation and suggests the names of your reps…) (there is probably something now privacy kosher on that) 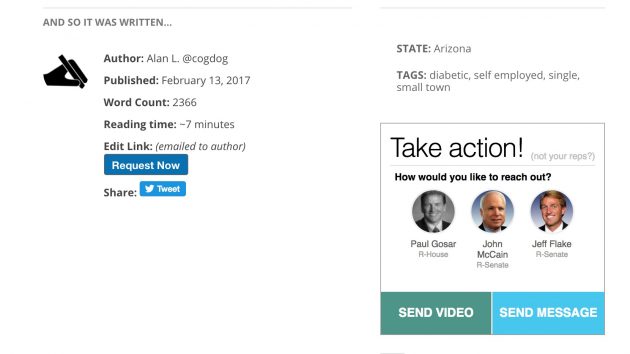 Yesterday I shared directly with colleagues in various Slacks and by email.

Alas no, tonight came in an unsolicited (by me) a new story by someone I do not know.

Can you help? Please?

Featured image: Screenshot of my new site at http://30millionlike.me. Licensed Do With It Whatever The Bleep You Want.