I’m amazed the gears still turn on some of my old web sites.

Sure, the old HTML still works, I have a conference “paper” on the web I did in 1994 that still functions. But it does not really provide more than static information.

It’s been more than a long click that I have even looked at my own site. It just keeps going. I should peek in more often to see the twitter widget I have on mention of it. It’s a weird/unique enough word I don’t have to ask for a hashtag.

But I looked at the site’s own notes/history and took a breath realizing it’s been running since 2011. It asks no logins, it stores no data. It just keeps going. Pechaflickr may be my most favorite things I’ve slapped together.

The Creaky Grand Daddy has to be Feed2JS which has been running (on a few different web servers) since 2003, fourteen fricking years providing a JavaScript cut and paste code for putting RSS feeds into web pages. 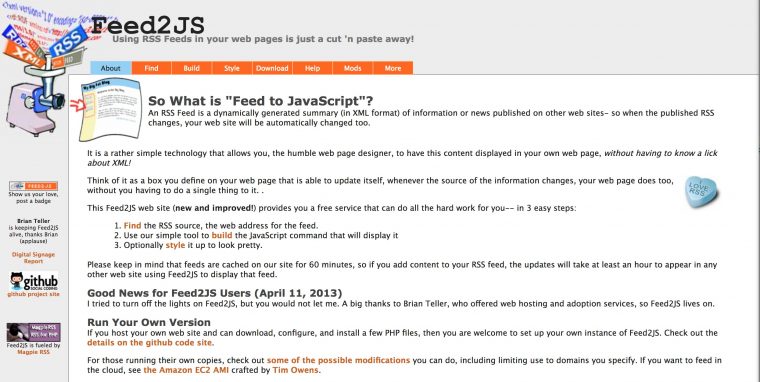 It too is free, requires no logins, does not store any data. I have not done a thing to it in years. A guy I never met named Brian Teller took on the hosting for reasons I was never quite sure of, and he tends to any github generated issues.

Let me try that again- my duct taped PHP from when I was just learning it along with an RSS Parser so old it might collect Social Security (I exaggerate) — still functions.

Also in that category is Five Card Flickr Stories, a place for people to practice creating stories from five random flickr photos.

I did a prototype for this in September 2008 (I can be this precise because I blog, hah) I think it was first on an NMC web server.

The site has collected over time 19129 Five Card stories. I did notice something I have ignored a while- there are so many, that even displayed in 100 or 200 at a time, the paged navigation links got insane:

I jumped into my ugly old code this morning, and hacked out a more reasonable one that lists 10 sets of pages at a time, plus links to rewind to the beginning or fast forward to the end:

Why even bother? Just curious if I could fix it. I have not had any complaints, but it was bothering me.

I know that Feed2Js and Five Card Flickr are not friendly on mobile platforms. They will most likely stay that way.

But web tools that can keep running, and generating new content, after 14, 11, 6 years? How is that possible? It’s not superior code. It’s more that I’m a bit compulsive about keeping things alive.

Oh one more, my Make a MOOC Generator: 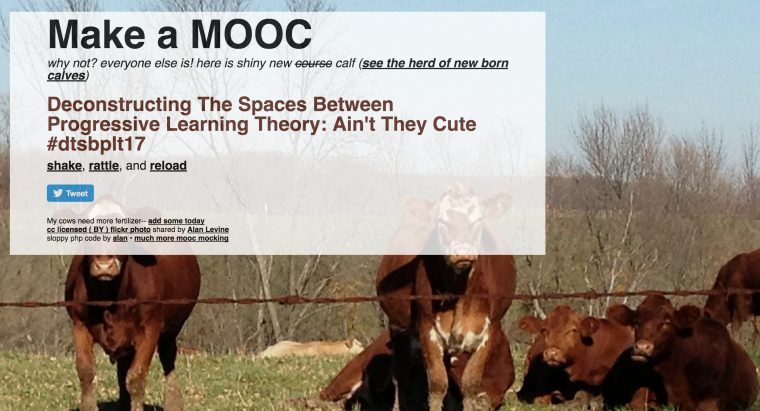 This one is not as functional as the others, but it runs all on its own. I have cleaned the pen once or twice, but there are over 1600 baby MOOCs that have been spawned there purely from people, for whatever reason, hitting the URL.