I find myself people missing maybe the easiest and most sensible way to curate, publish sets of curated tweets.

When storify announced it was biting the dust/pooping the web, amongst the rush to jump to some other hosted platform or use my arcane tool, what I noticed was about 90% of the ways people talked about storify was solely archiving tweets.

I always saw Storify as more than a bag of tweets (it was among the 50+ Ways to Tell a Story examples)… but if that is all you are doing, why not just use Twitter Moments?

If twitter ever poops the web too or gets bought by a bigger fish who trashes the whole thing (if you doubt that look what Twitter did to Posterous), your embedded tweets are toast anyhow.

I’ve been using Moments to embed tweets from the Twitter chats we are doing in Networked Narratives and it goes rather fast, especially for twitter chats where you usually want chronological order. The most recent one I did took less than 30 minutes; here it is, embedded 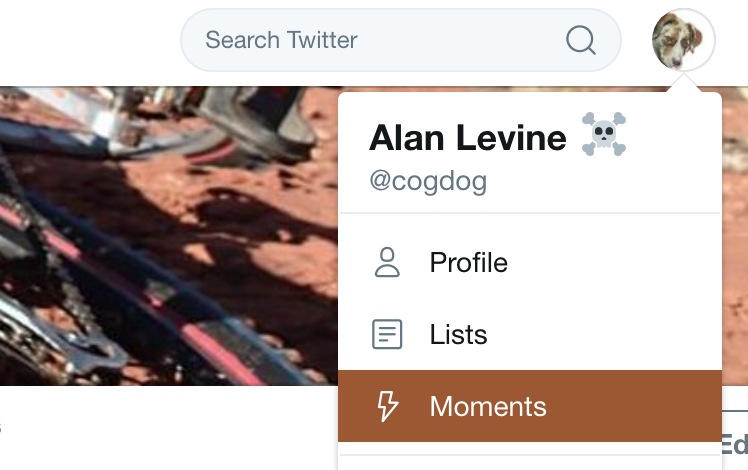 And click the button that cleverly reads Create new Moment. Give it a title, and a description. You can add the images later. Once created, all you need to do is comb through twitter, and use the menu on each tweet in the top tight for Add to Moment (it looks like it lists your two most recent ones in the menu).

You might think you need to do this right away, before they all scroll away. That is one approach.

But I just used the Advanced Twitter Search, enter the hashtag (or whatever other criteria I am using), and at the bottom set a date range for the tweets in the day the chat occurred (February 13). 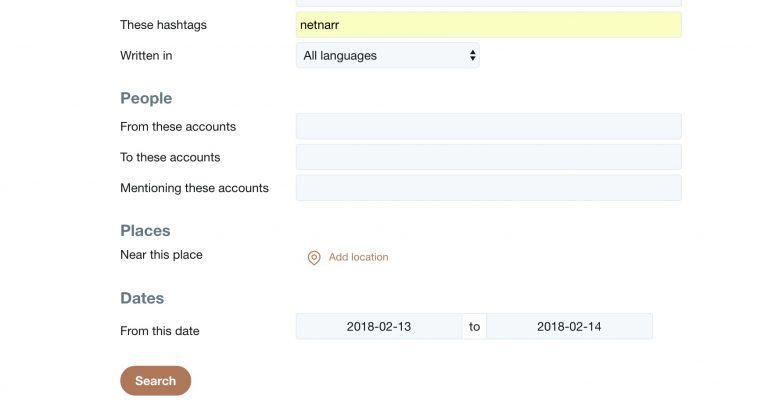 Finding tweets with #netnarr that occurred on Feb 13-14

When the results appear, be sure to click the top tab for latest, you get all tweets in reverse chronological order, not the stupid algorithm.

Then I just go through (yes from more recent to older) and use the little menu to add the tweets I want to the moment. I am selective; I aim to get everyone who participated represented, I skill just “me too” and “LOL” tweets, and make sure not to many are my own.

This is what I believe they call “curating” ;-)

Now they are lopped into the Twitter Moment. I return to editing it (the same way I created it above). I can select an image from any of the tweets to represent the session or upload a different image. Then in the top left, I use the sort option to be oldest first, which makes sense for a twitter chat.

Just publish. Boom. The embed option is hidden under the 3 dot menu: 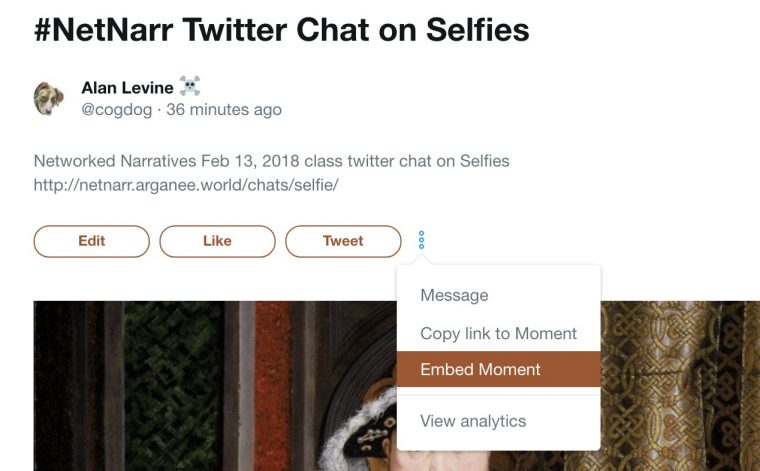 The embed code is buried under 3 dots. You cannot hide from me.

This really is rather simple to do, especially once you work through the first time.

I will see if you want to use an arbitrary order of tweets, that is awkward (you move it up or down one slot at a time). But for twitter chats, chronological works rather well (yeah twitter, most of us want time order, not your algorithmic order, pftttttt).

Moments make the most sense to me for twitter archiving.

And woot, you get analytics! Because data! 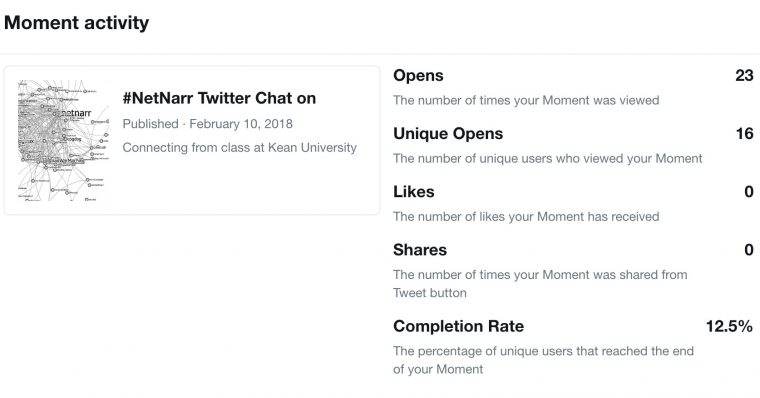 Rather impressive analytics eh? I cannot even spell moneytize.