I’m relaxing in a coffee shop in Golden, Colorado, checking the ds106 streams and missing the creative play. Seeing Jim’s efforts made me wonder if I could whip one together ove lunch.

Since I am traveling, I was thinking maybe one of my photos might be a start point… Then I remembered Dr Garcia’s comment on my sunset photo of Castle Rock and said yeah, that movie.

So I searched flickr via compfight and found this beauty of the scene:

Bringing it into PhotoShop, I looked to colorize it, and under Image — Adjustments — Channel Mixer I played with sliders to give it a green eerie hue. I then noticed under the same menu HDR Toning, which must be new in CS5. I used the Photorealistic High Contrast setting which gave it a lot more pop. I then gave it the Posterize effect (5 levels, which added that funky banding.

Another compfight search on “flying saucer” got me this photo: 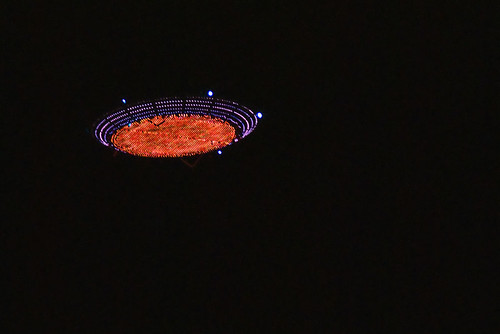 Pasting it over the mountain, and using the Screen blending mode, dropping opacity got the spaceship looking good.

So here is my travel poster, go fly with Roy Neary– and you know what the landing chimes sound like: 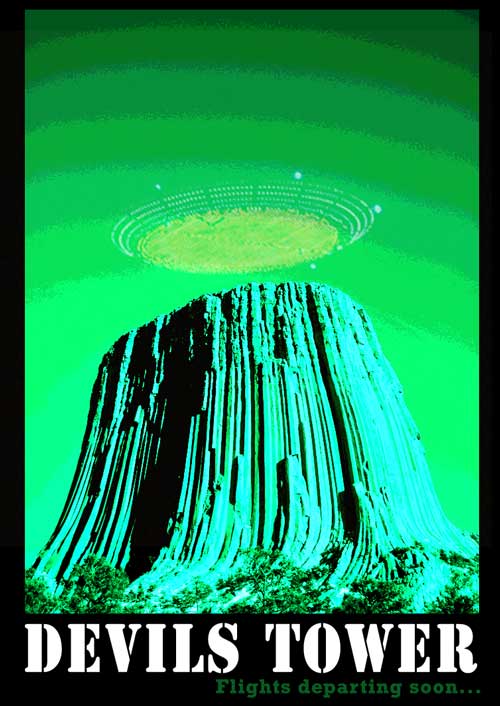 UPDATE:
I enjoyed making this, but thought it was not minimalistic enough, so I cropped out the banded sky background, and dropped the opacity on the devils tower. I also applied the Paint Daubs filter to the spaceship, making it more splotchy (it also made the purple rim look like digits). 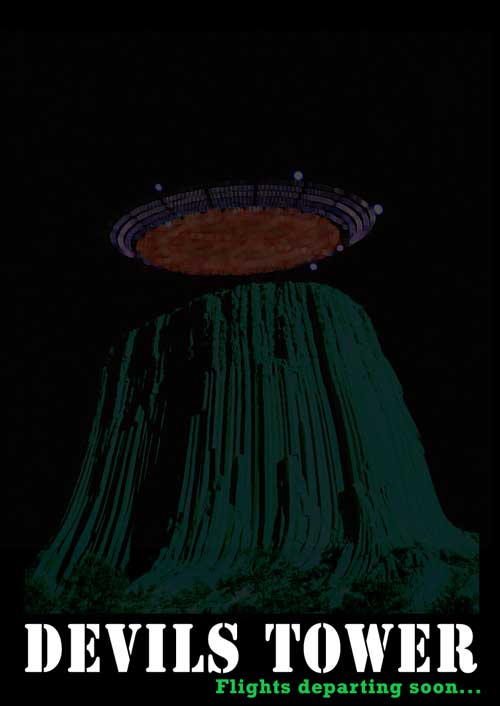