Well, here is a new ds106 audio assignment for you, Use the Voice, bring The Voice to something around you: 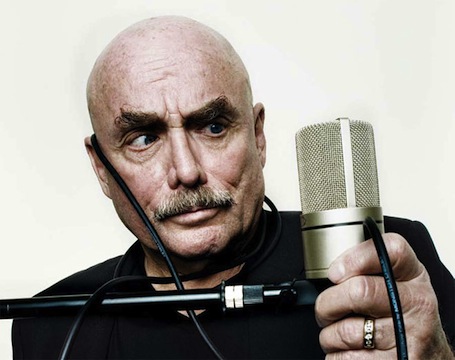 Don LaFontaine was legendary for hos deep voiceover intros to movie trailers (“In a world…”). Make a recording that uses his style that describes something ordinary or everyday. See the TV tropes listing for ideas or expressions or model it after one of the thousands of examples he left out there — see his video at http://www.youtube.com/watch?v=7QPMvj_xejg

If you lack The Voice naturally, use your audio editor’s shift pitch tools to deepen it.

I made this in Audacity, and used the Shift Pitch filter to make me sound more Don-ly, and added some reverb to give it the big celestial feel.

My script for this was:

In an academic time where creativity and free expression are often suppressed, one class will change the world. More than one hero will rise, will blog, will daily create, will animate gifs, and but cat heads into bread… It is even more than one class, but several, spread around the globe. It’s not a cult.. it is DS 106. Playing now, on blogs around the world. Catch the fever.

Time magazine calls it the “MOOC of the year, yet uniquely its own”

Tt is happening now at ds106.us