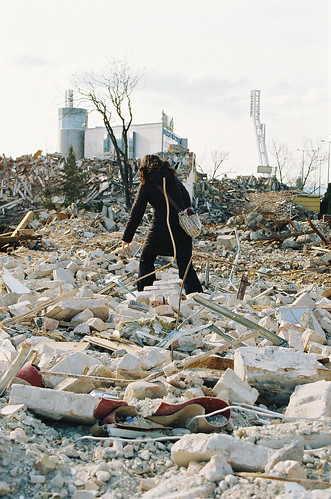 The high water marks of success in ds106 are sometimes the ones that breaks the server. Last Spring, Jim write about what happened when a graphic by former ds106 student Andrew Allingham went big on reddit. The impact of this reddit effect is pushing a lot of traffic to your web host (reddit never hits the content, they link to the sources), and in Andrew’s case, it was so much, his web host suspended his account.

Maybe not quite at the insane levels Andrew’s post generated (which to me is still a ds106 classic on its own, reddit or not), we just experienced the reddit effect on a post by one of my students.

The problem arose because in reviewing Amber’s last posts, I noted a few days ago this student’s blog was not running. I checked the admin dashboard for DOmain of One’s Own, and saw that it had been suspended for going over 10 Gb of data transfer in a day. Tim Ownes helped in identifying one post that was generating a lot of traffic and also how to re-activate the blog. The plesk system automatically suspends sites when they exceed some threshold of traffic.

It was early in the semester when Amber made her first animated GIF, based on the movie Mean Girls (wow, students just love using this movie, maybe I need to watch it?).

The stats for the day showed 97% of the traffic coming from a reddit that is well, of pretty low taste. Viewer beware.

The GIF had over 100 upvotes

Maybe not one to pin to the fridge or tell Mom.

but it is a mark of … I dont want to say “success”, but in having some play in internet culture, and quite unintentionally, something a student created.

To put a kibosh on the situation (we do not want excessive traffic affecting other student blogs), I added a bit of code to the htaccess file for Amber’s site to prevent external hotlinking of images (i used an htaccess generator to get the right syntax)

To me, even if it does lift a bit of the cover of the seamy underbelly of the web, it makes me a bit proud.