UPDATE: Nov 5, 2013 It took ’em less than a week to say “Sorry Charlie” (I got my short “thanks for all the fish” message)– I am not surprised, as I did not feel this idea was really that big or even coherent.

What might be a better backdrop for a shaky hand held scatter worded video to accompany my application for a Shuttleworth Fellowship? I found this place in the UK that seemed to be a total copy of Foamhenge.

I greatly appreciate a ton of interest (or maybe a metric nano-ton) to my drafted idea a few weeks ago, but it was in conversation this past week while visiting Mariana Funes (a brilliant friend/colleague surfaced through the serendipity engine that is ds106). Amongst other things she suggested, what stuck out was to put the application back into my own words (absorbing the ideas suggested).

So one change was to focus more on the idea named by Eric von Hipple as user innovation toolkit, and slightly shift it to learner innovation toolkit. Might just be word play. But I also shifted the opening to my own coming of age experience in dipping into the web in 1993.

Enough trying to massage the words, the thing is submitted. It remains in my mind, a long shot, I would be my money on Jim Groom’s own submission for The Domain Reclamation Bureau; we’ve been sharing our ideas behind the scenes and see them as complementary.

Perhaps I have been thinking about it too intently, but I’m not quite finding the right feeling of articulating the thing I am hoping to do; maybe that’s the point.

But hey, it’s out of my hands now, it’s time to just wait and plot other futures. For what it’s worth, my revised application spills below.

Describe the world as it is. (A description of the status quo and context in which you will be working)

Not much more than a year into my position as an instructional technologist in the Maricopa Community Colleges, on a mid October 1993 day, my colleague Jim Walters profoundly changed my life. “Alan, you really seem interested in the internet, try this,” he said, handing me a floppy disk with a single word on the label– Mosaic.

Via basic text editing of HTML, I saw how anyone could create and publish openly, their own hypermedia content that could connect to anything else in the web space. Twenty years later, the web has achieved much of the vision of its creator Tim Berners-Lee —

The dream behind the Web is of a common information space in which we communicate by sharing information. Its universality is essential: the fact that a hypertext link can point to anything, be it personal, local or global, be it draft or highly polished. There was a second part of the dream, too, dependent on the Web being so generally used that it became a realistic mirror (or in fact the primary embodiment) of the ways in which we work and play and socialize. That was that once the state of our interactions was on line, we could then use computers to help us analyse it, make sense of what we are doing, where we individually fit in, and how we can better work together.

In education, especially in the current mindset of Massive Online Open Courses (MOOCS) we have bountiful resources and content, but in practice, the content is simply that, on the web e.g. lecture video, readings lacking hypertext connections. The unique potential and affordances of teaching and learning of the web, e.g. learners constructing their own context and connection, remain untapped.

What I have seen popularized in MOOC mania comes as a traditional publication/broadcast mindset. They become massive via approaches of replication, e.g. leadership by “super professors” lecturing to thousands of learners all doing the same tasks, simplified (for the provider) automated assessment, etc. What scales actually is the teaching (broadcast to many) not necessarily the experience of the learning.

There is a better model out there for scaling open learning– it is right under our browsers… the web itself. Because of it is underlying distributed network design, nothing has truly scaled as well as the internet itself, a model not unlike our own neural networks. It’s the transformation in knowledge construction from the age of encyclopedias to Wikipedia. Our educational design strategies still seem to work more like the former.

What change do you want to make? (A description of what you want to change about the status quo, in the world, your personal vision for this area)

Since 2011 I have been participated in, taught, and co-developed the platform for a form of open learning that, to me, mimics the web itself. What differs in the ds106 digital storytelling course is that individual participants create and publish in their own digital spaces; the course itself becomes a network of these distributed points. As a Shuttleworth Fellow I propose to generalize a suite of tools built for the ds106 and co-create new ones not yet envisioned. As a toolkit and not just a tool, the goal is that organizations, school, teachers, could build, modify and extend these with existing platforms. This can happen without private investor funding that binds institutions to profit motives, but within the structures and open source tools of the web itself.

The name of “learner innovation toolkits” comes from what Eric Von Hipple described in Democratizing Innovation (2005) as user innovation toolkits — “products or services that, while being used for their intended purposes, also enable their users to express unanticipated intents and find ways to realize them.” An example of this in ds106 is our Open Assignment Bank. Rather than instructors defining assignments that all participants must do, our community has built a collection of over 600 ones. Learners are free to choose ones to complete. In a recent presentation on The Pedagogy of MOOCs, Paul Stacey of Creative Commons described the ds106 Assignment Bank– “Having course participants collectively build course assignments for use by students in future classes is a hugely significant pedagogical innovation.”

This does not require new software systems; it can be done as re-conceptualization of existing technologies, as described by Jon Udell as “trailing-edge” ones.

What do you want to explore? (A description of the innovations or questions you would like to explore during the fellowship year)

In the last year I have applied the distributed publishing concept of ds106 for other projects including Project Community (design engineering course at the Hague University of Applied Sciences), ETMOOC (educational technology MOOC led by Alec Couros), The Future of Learning Institute at the Harvard Graduate School of Education, and the Art+Conciliation MOOC (rMOOC).

I can build these types of web sites easily. The change I would like to make is to, as the old saying goes, help others to fish and create their own syndicated learning infrastructures that are as open, linkable, and capable of enabling people to work together. Many educators see the value of learners creating and reflecting in an open space, but the means to connect them into a networked community, and the larger one of the open web itself, are difficult to create..

What are you going to do to get there? (A description of what you actually plan to do during the year)
The following are tools others may find useful in creating a distributed learning environment. Rather than a single solution, these could be used as stand alone tools or connected together.

This is but a starter list; I fully expect that in working with collaborators interested in this model that they will emerge applications and extensions we have not thought of. A prime example is the angle taken by Mike Caulfied in water106 to turn the platform into a cross-institution, cross-disciplinary curation and review system.

I am not proposing to create new software, but to create toolkit platforms built on existing open source tools, mostly, but not completely, in WordPress. A prime reason for this choice is that WordPress is a common, approachable technology that individuals and organizations could implement easily and for lower costs than are spent in centralized enterprise learning systems.

This kind of technology at the heart of WordPress reminds me of my first years of technology development using HyperCard; I discovered it was a tool itself that could be used to build tools for others to use. In my experience developing for WordPress, I have found that every part of the system, front facing, and internal, can be modified, making it capable of making more than web sites, but web-like tools that people themselves can retool, modify, expand– thus becoming a learner-innovation toolkit.

Have you started implementation of the idea? If so, please provide details on organisational structure, life cycle and progress.
With support of a Shuttleworth Flash Grant from David Wiley to Jim Groom, I am developing the first version of a generic assignment bank template, which will be freely shared under open source as a WordPress theme. A working demo is at http://bank.ds106.us/ and blogged at http://cogdogblog.com/tag/building106.

How have you funded your initiative in the past?
Previous work on ds106 has been in the context of employment (January-August 2012) at the University of Mary Washington, and in the course of teaching the ds106 class for UMW as an adjunct professor. Last year, ds106 rather uniquely was supported by its own community via a successful Kickstarter campaign. In September 2013, ds106 was selected by the Digital Media and Learning Research Hub as one of five examples of Reclaiming Open Learning.

Who are your current or potential key partners?
All of the following people/organization have committed their interest to this project. I would hope to add a few primary/secondary level partners.

Where will you be based during a potential fellowship?
I have plenty of experience working, collaborating,and teaching at a distance. For this project I will based at my home in Strawberry, Arizona, where I have worked independently since 2008, three of those years as Vice President of the New Media Consortium.

Since 2011 I have been a freelance consultant. I envision this fellowship as one where I embed myself at partner organizations. I have frequently traveled nationally and internationally.

Do you have an online presence? Please provide links.
All of my work online has been published since 2002 at my own blog http://cogdogblog.com. My first major open project was WritingHTML, an early tutorial from 1994. Every project I have created/coded has been openly shared, including Feed2JS, a service since 2003 that allows individuals to embed dynamic content from RSS feeds; Five Card Flickr and pechaflickr (storytelling creative tools built on flickr photos); and flickr cc attribution helper a browser extension that adds cut and paste attribution text to flickr photos licensed under creative commons. Most of my open source code is at https://github.com/cogdog.

I use an open approach for this application, blogging about my idea and sharing my draft first at http://cogdogblog.com/2013/10/17/as-the-web-does/. 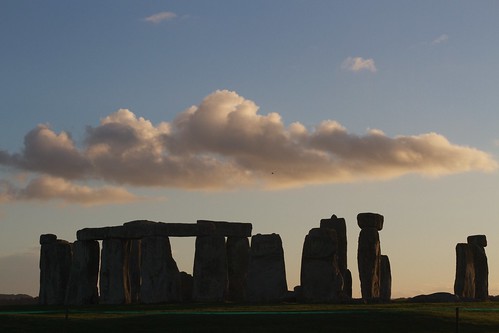