Another part of my bag of tricks I brought to the UdG Agora was setting up a site modeled after the original DS106 Daily Create (which is itself a derivative of the defunct Daily Shoot).

This idea is something I have kept close for quite some time, that establishing a regular creative practice done daily, helps you get better at it. There is nothing revolutionary there (do not ask me if I run every day). It’s not the sheer repetition like a windup Gladwell monkey, it’s got to have some small bit of reward. There ought to be such a low consequence of failure that its not visible. It’s a provocation to try something.

That’s why I called it The Daily Try (failing to find a more appropriate Spanish name). The site published and publishes every day a small task to try, using digital media skills, or just the old grey matter in your head skills.

And they way you participate is by sending a tweet. Here is Agora Try #62 “Define Yourself in One or More Noun Project Icons”

On its own it’s not all that complicated and as an assignment, it’s nothing to clamor for a prize. The instructions are to find one or more icons from the Noun Project that you can relate to (DS106 fans can see this right away as a flavor of the Four Icon Story).

But it does a few things. It introduces people to the Noun Project as a resource of open licensed media. We provide no instructors manual on how to use the site, so then it becomes a bot of self directed learning. People are likely exposed to the license options. On a higher level, they get to think in terms of metaphors and symbols. The activity could be expanded- explain a principle of physics in four icons. Show the idea of conflict from a piece of literature… in four icons.

The other thing is that it does not prescribe or enforce any rules for how a person does this activity. People can find icons from other sites. Someone drew it on paper. The whole point is to get creative how you interpret these assignments.

I’m not going to go into more gory detail on how this site is made. It uses a WordPress Theme I created called The Daily Blank openly available on github. I did most of the work earlier this year as a SPLOT but added a number of improvements– and what was sorely missing and what I spent like 5 hours doing yesterday, writing the documentation.

The thing about the DS106 Daily Create is that, except for the writing prompts, it is tied to posting responses to specific media services- flickr for photos, Youtube for videos, and SoundCloud for audio. This is limiting, and problematic on a few technical fronts. The idea of the Daily Blank is that you participate by sending a tweet to a specified account (in our case it is @AgoraUdG) and you include a hashtag (like #agoratry62) that is associated with one Daily Try.

The site then regular checks Twitter via its API for mentions of the dedicated account- it marches through the last 100 it finds, and only grabs ones that (a) use a hashtag like the base tag (on our site “agoratry”) AND it has not been saved before. Data for each tweet is saved as a custom content type, called a response, that records the twitter URL, the matching hashtag, and the name of the person who tweeted it. All twitter names are converted to a tag like taxonomy, so we can do things like see all the responses by a single tweeter.

When displayed, I use the WordPress oembed function to embed the tweet right into the page. It’s pretty sweet.

The Daily Blanks themselves are just regular posts, with a few extra custom data fields. They are tagged with incrementally increasing tags numbers (that become the hash tag). To make the site semi automated, the person who manages it should create a queue of scheduled posts; when a new Daily Blank is created, it is set to publish exactly 24 hours after the last scheduled (or most recently published).

Note: I forgot to include this in the original post, but it is important.

In having set up 3 working versions of the Daily Blank I recognize that it’s still a challenge to get people to include the right twitter account and hashtag in a reply. It is written explicitly as an instruction on each published Daily Blank, and embedded into the Twitter button.

And there is potential for confusion between account names and hashtags. When I set up the YouShow Daily I made the account used @youshow15 and we were using a hashtag of #youshow15 and I saw that people got them mixed up.

So for the UdGAgora, I tried a changeup- the hashtag we use is #udgagora, but I made the account different, it is @AgoraUdG. I expect people are still confused. Heck sometimes I get it wrong. I am not sure the best way around this- maybe the twitter calls need to look for two hashtags? I found its easier to use the API on a users timeline.

Anyhow, expect some amount of miss submissions because of lacking the two keep components. You can, if you are verstatile, manually add a Response in WordPress if you look at the custom post fields and tags of an existing one harvested by twitter.

The person running the site has a few options they use to configure the site:

The template needs only one plugin to work; it uses a version of a plugin that allows WordPress to call on some functions that interact with twitter, and it sets up the authentication to make this work. TO make it work with mentions, rather than the whole timeline, my template needs the custom version that you find in my github repo.

I also set up an option to use the Ajax Load More plugin; this would only bee needed if your site starts seeing more than 10 replies per Daily Try. It only loads a batch at a time, and the plugin provides an ajax way to load more.

You can see it in action on AgoraTry 55, which at this time of writing, has 14 replies; it loads 8 to start with, and then you have a button to load 8 more that are appended w/o leaving the page. But this is not needed to start a site. 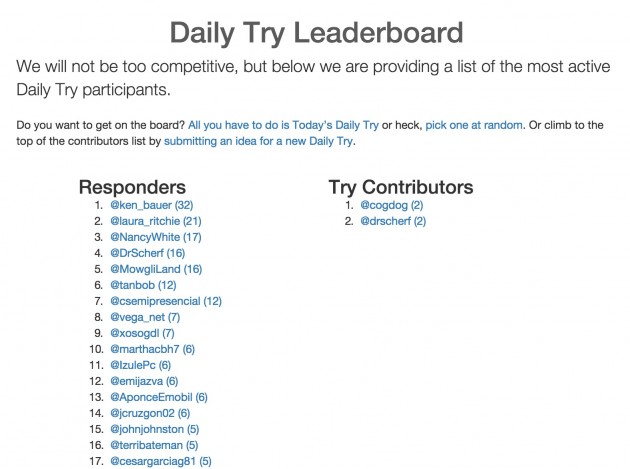 This turned out to be easy. Since we tag every response with the twitter name of the person that posted it, there is a query that I used to look for tags that start with “@” and it can sort the results based on the number of matches. I wrapped this into a shortcode called [dailyleaders] which has options to show just the top N and also to exclude certain IDs (I end up at the top of the list because I test the sitr a lot)

Okay, I have to toss a little code in here.

The site also creates a page template that creates a form you can add if you want people to contribute ideas for new Daily Blanks; see the Daily Try one at http://udg.theagoraonline.net/daily/add/ (cough cough, I can really use some new ideas).

These get tossed into the bin as draft posts, and the site admin can then edit/push to the scheduled queue all in the WordPress admin area.

I also did a lot of format cleanup to use the last version of the parent WP Bootstrap theme. In addition to the JUdG Daily Try, I set up a version for Mariana Funes for her month of Daily Stillness activities. As a different approach, what we might do there is wait for the next time she wants to run a round of them, and reschedule them for say, October, and essentially recycle the same 31.

Okay, now I hope some people are brave enough to try setting this up; like I said there are now what I call it’s “Wobbly Documentation” — I tried to remember all the tiny bitty steps I have been doing out of my head. 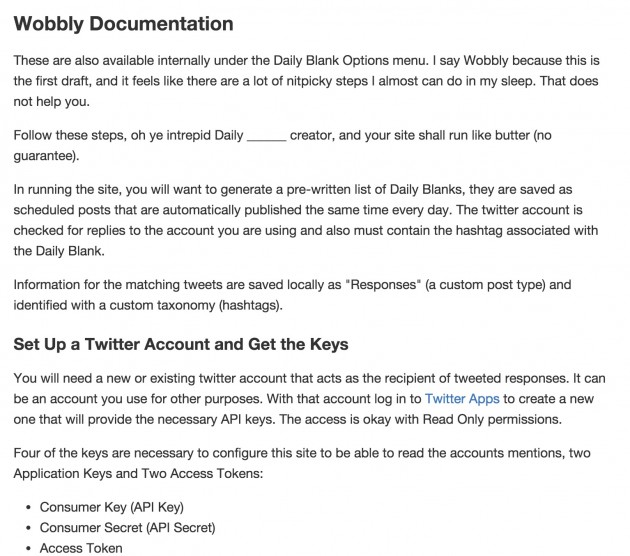 I think it’s fairly solid, but I am not surprised if someone runs into a hitch. I’m glad to help, my dream is to set up these WordPress Themes as tools others can use.

Or just go give the Daily Try a whirl- its not just for our UdG Agora folks, its on the freakin’ open web. Go at it. How many days in a row can you do? 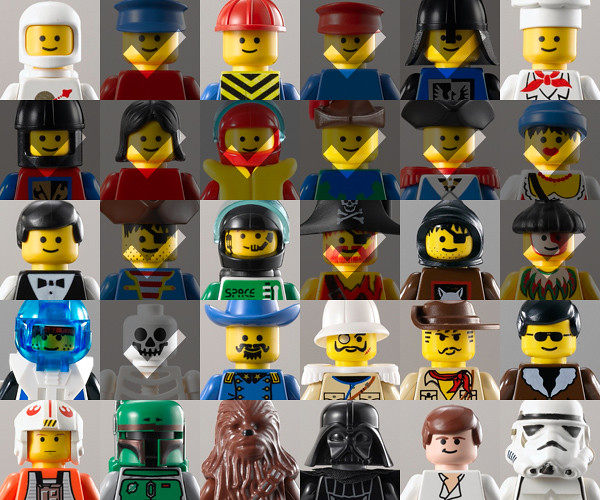