Sometime last year (?) I started seeing on my GCal the birthdays of other people who I guess are in my G+ circles? Contacts? Who knows with Google/Alphabet/Whatevertheyarecalled now? Stuff just appears. Monday I spotted this in my calendar:

Look at that, Thursday is Maha Bali’s birthday. Wow, it would be nice to do something special for her. So in the back channels of her own chat, me an Autumm hatched a plan to ask people to tweet something to her at 7AM Cairo time Thursday, either remembering, or scheduling a tweet or link to blog post, or a gif, or an image… or just jumping in when others do.

It will be like a twitter storm! (I am sure hoping she is not adverse to birthday celebrations, you know, culture differences and all) (Oh well, too late)

We also found that it’s hard to find a unique hash tag with “Maha” or “Maha Bali” in it, hence, the Official Once Decided By a Lot of Meetings And Research — #HappyBdayMahaBali.

Given my recent Learning Project habit / goofy song song covering spree I knew mine would be a song.

Sometime last week, Maha was asking me about music after I had tweeted some of the Rolling Stones videos I had been watching pn YouTube. She said that growing up she hear little rock; her husband introduced her to Pink Floyd, but from her parents there was no Dylan, maybe some Beatles and … Englebert Humperdink.

I do not even think I can say “Englebert Humperdink”. I looked for Pink Floyd songs; Wish You Were Here was a maybe, and the title of Shine on You Crazy Diamond had a perk of interest. But listening I kind of doubted myself.

But the Beatles, lots of options, and of course, one that leaped out was With A Little Help From My Friends. In fact I knew it, and had a print out of the tabs.

I was not sure of the graphic. Autumm suggested photoshopping a whole bunch of people into the crowded cover of Sergeant Peppers Lonely Hearts Club Band, but that sounded like too much work, and they are all small.

But then I remembered her posted recap from her trip to the ALT-C Conference, and the great group shot of her, Rebecca, Sara, and Ashley: 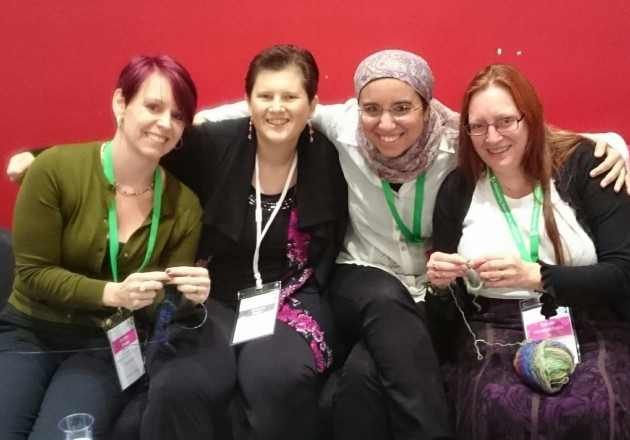 My intent was to cheat truth, and use the the 4 faces on something that might look like the cover of Let It Be (maybe my favorite Beatles album FYI, though Revolver is high on my list too). 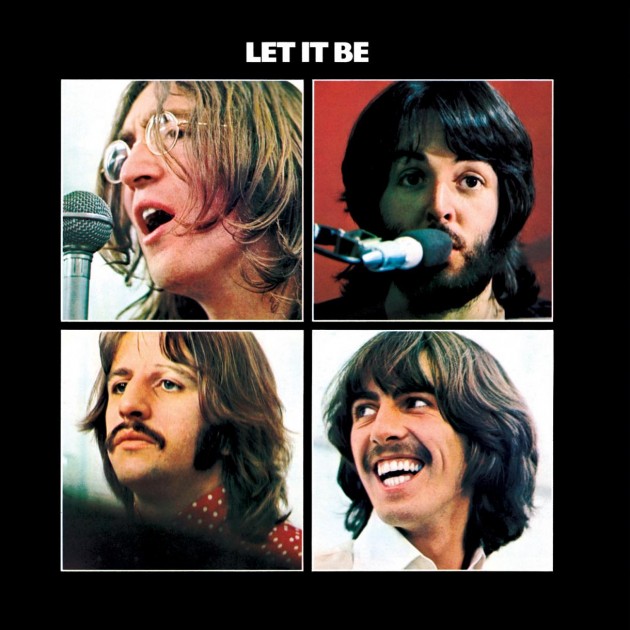 But I went back to the Google well once more, and when I saw images of the gatefold (that kid is what the inside of an LP had for art) of Sergeant Pepper, I knew I had the image:

It was almost too perfect. Nothing wrong with that.

And as likely with my rotten singing you cannot tell what I am saying, here are the re-written lyrics:

I think perhaps my favorite line, a nod to my post about Claudia Ceraso, is:

(Is it a dream of people you’ve never met?)

Yes I’m certain it happens some of the time

(What do you see when you turn on the screen?)

No difference between real and online

Happy Birthday, Maha! I hope you enjoy the greetings from your friends on the internet,