SPLOT SPLOT SPLOT… just off a session talking about (but never defining) SPLOTs for a Reclaim Hosting Workshop.

but my slick SPLOTpoint presentation was derailed by a CSS issue (because someone thought they were uploading the newest version of the theme, but was not).

The show went on– the message from Madge was supposed to reference on the first non-slide of the deck that they were soaking in a SPLOT. 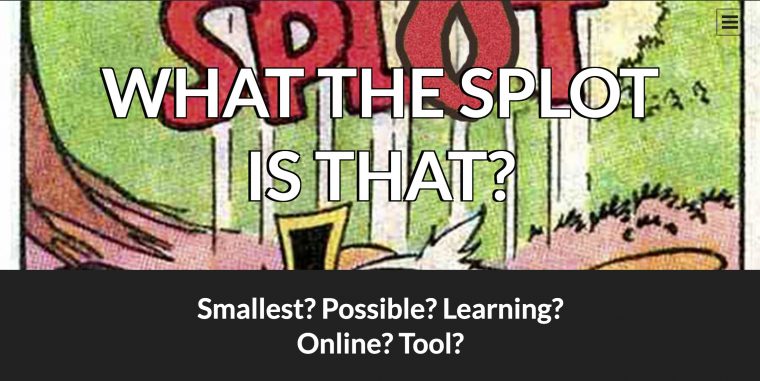 The idea was to do the background story, walk through some of the examples, and how they have grown with ideas and uses by others.

I just hope Alan can manage it somehow without me there to explain the acronym.

One of the newest featured came at request from a faculty at Coventry University who wants to use the TRU Collector SPLOT, but wanted to be able to edit the directions and field labels on the upload/collect form (the ones I baked into the theme are deliberately general and probably had a few sarcastic undertones)… especially as many of her students were ones with English not as their first language.

In one night’s dabbling last weekend, I was able to integrate a new feature, so that all of the form’s field labels and instructions could be re-written using the WordPress Customizer: 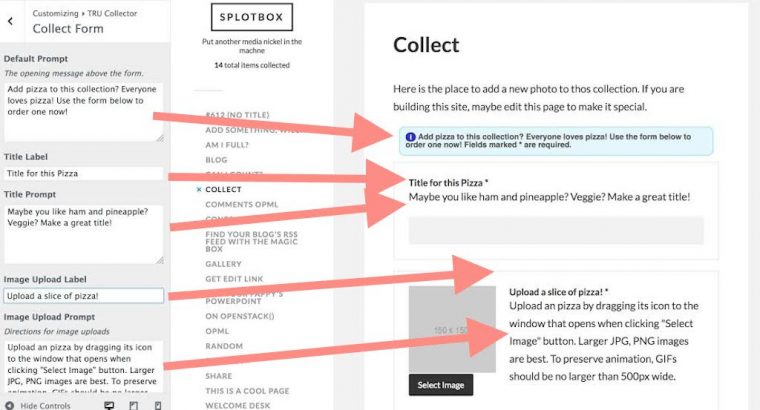 That was an issue I recall when Tanya Elias did her spinoff of the TRU Writer as whenineededhlp.com (sadly her domain no renewed, call Reclaim Hosting, Tanya, they have your site standing by). She ended up modifying the theme template, which is doable, but does fork one out of later theme updates.

It was not much trouble to add this same feature to the TRU Writer: 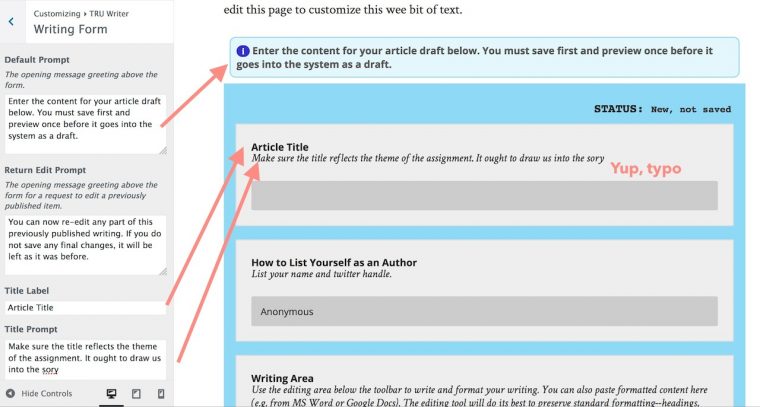 New feature for TRU Writer means you can re-write the form instructions, even with your own typos!

In the SPLOT talk I also included the WordPress Calling Card Themes I’ve churned out this year; I would not consider them SPLOTs but in the same family of things people with domains might find useful.

I also presented my own unsure question of whether it’s better for people to go through the manual installation of SPLOTs and basic themes, as to me, they gain a better understanding of the working parts, or if it works better for people to get an “instant SPLOT” which is a packaged install that has everything set up and some demo content.

The good thing is that it’s not a binary choice. What we had people in the workshop see through the setup on the State U demo site (a Reclaim Hosting test drive a domain site for free, it’s such a sweet thing). On that site, when you go to install WordPress, you get a number of options to get a Plain Jane Hello World blank site, or a pre-configured one:

Instant SPLOTs available as WordPress install options at State U

For participants in this workshop, most of whom are running Domain of One’s Own, this should be an eye opener, because they can do this on their institution’s domain management site; add their own pre-built WordPress sites as template varieties. Lauren Brumfield has a great how to tutorial on this for these folks to follow.

An even better approach is in the works at Reclaim; I’ve talked this with Tim Owens before, and I am pretty sure yesterday in the back of the room, he was working away on a script that would allow different SPLOTs or other pre-built sites to be available from the cpanel list of applications.

SPLOTs as installable apps? Just a concept, but it might be real soon

If this happens, if I understand Tim, this could be available to all Reclaim Hosting shared hosting clients. But better, this can take care of a problem I’d be worried about; how to push out updates. As managed by Installatron, these could be pushed out automatically.

A last bit of wondering… 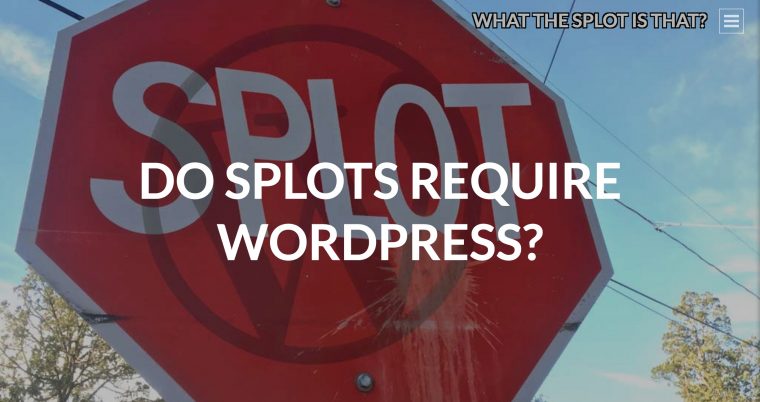 I’ve been thinking too of a few ideas for SPLOTs that are stand along HTML or maybe GitHub driven things, like maybe Bigify? I have another one swirling in my head right now for one that would work as a GitHUb based SPLOT.

I really enjoyed on many fronts, hanging out with the Reclaim Hosting crew (which soon the web hosting may be a sideline to their video rental store) and the participants in the workshop. It was energetic, full of great discussion, and even experiencing an escape room.

At Library of Congress National Audio-Visual Conservation Center with @jimgroom and @cogdog … This place is freaking amazing…seeing My Left Foot pic.twitter.com/v52iO2uNwd 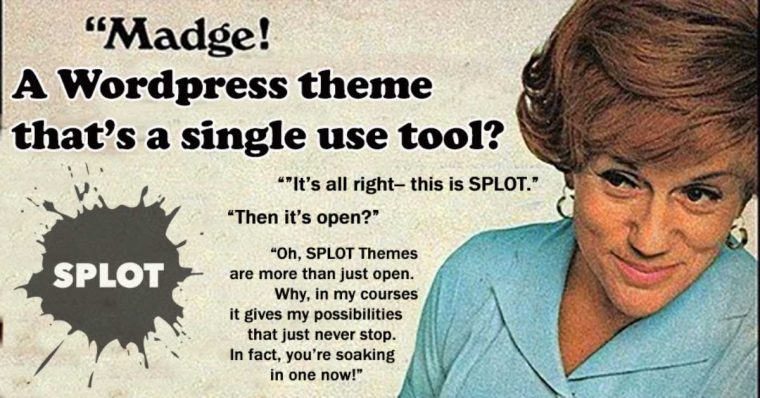