Good morning everyone and thanks for the stream of messages. It really helps me cope as I have yet had any contact with other people in over 48 hours. I want to send a big shout out to Rowan Peter who has taken on the search aid from Melbourne. I was going to say “From the other side of the world” but I do not know where I am yet.

The good news is I escaped the train cair. After loooking all over the car, on removing that picture from the wall behind me I found a metal sliding door that led to a keypad. I tried a few random codes, but only got a soft buzzing. I went back to the last message I got from @0pcode49:

Like the blue/red pill from the matrix, you do have options here. One is going forward in time, just as if nothing has happened. But to save the internet, you need to think about making time go backwards.

How would I make time fo backwards> I scanned that message for 20 minutes, looking for clues within the words. And then I noticed the time stamp: 9:41 pm. I think if I pressed “941” I would find my way back to reality.

But instead, I pressed “149”- and heard a heavy metal sliding sound beneath the table. Moving the rug aside, I saw that a door had opened leading to some steps down into another level. I grabbed my backpack, and a handful of pretzels, and descended. Using the flashlight app from my iPhone, I followed its single direction, about 500 feet down a low hallway, and into a larger room with a garage door.

it turned out opening the door was not too difficult- I found a section of pipe and managed to pry open the bottom of the door about 15 inches, enough to scoot out.

Weirdly enough, I was out in daylight, in an urban industrial area. It was silent. No sounds of cars or any kind of life. I thought I was on the ground floor, but was actually about 4 stories up. i found my way down these stairs 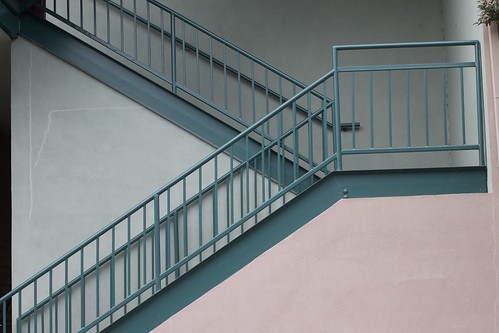 At the bottom I was in an alley, closed to the left, but open ti the right. I thought I heard a card door open ahead, but by the time I got to that white car, no one was there… but the door was left open. and the seat was still warm. 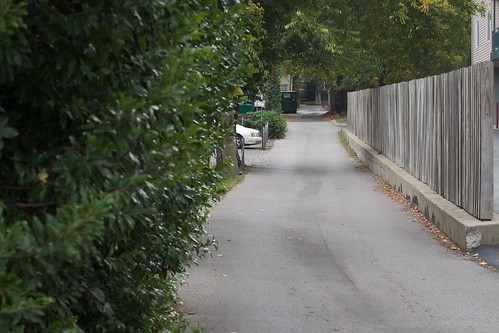 At the end of the alley, I had three choices of directions, and in keeping with the clues so far, I followed the street to the right with the “49” marked in it 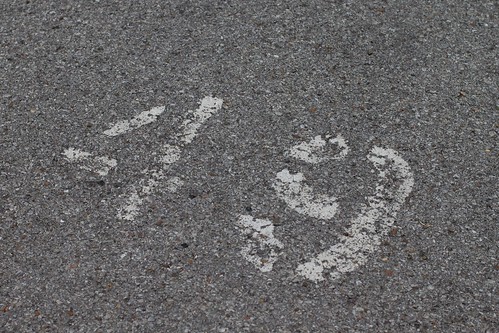 The silence was eerie. I thought to call out, but something felt like I ought to be more stealthy. I thought I heard some footsteps behind me, but every time I turned around, I was alone. There was not even a breeze.

Up ahead, my eye caught a taped up notice on a door. It seems to be offering me another clue: 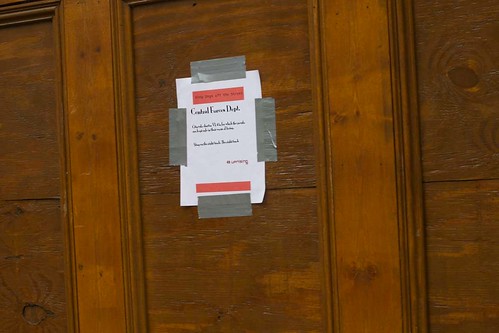 I need to find some railroad tracks. That is where I am being sent.

My iPhone battery continues to hols strong at 49% power, it has not gone down since I got here. I am able to tweet, browse the web. My map app (and every geo app on the laptop) fails to load. I can also listen to ds106 radio though I cannot break through to transmit.

I’m on the move. I am seeking the way to the Center of the INternet.

I’m really going to need some ds106 help to contact Dr. Oliver. He seems trustworthy and is part of this. I have an idea to post soon as an audio assignment.