“Yeah, wasn’t he involved in educational technology? Blogged a lot?”

My recent stream of facebook catfishing rants have had a less than zero effect.

Facebook has not even responded to my recent reports on this account which is using my photo as a profile picture, the exact same photo I use on my own Facebook profile (look soon because I intend to break that link).

I get it. Facebook does not care about fake accounts designed to lure people into scams. Neither do you. DO you care that victims of catfishing lose thousands tens of thousands of dollars? Are you telling me that you think they deserve it for being stupid?

I do not believe that. They are victims.

And everyone in Facebook who does not yell #heyfacebook to me is in a tiny way complicit.

Likely not. I will shift attention, but I won’t stop. I’ll be the guy on the corner yelling at their corporate office, because no one at facebook will even speak to this issue.

Or maybe, I will be the new Michael Moore, yelling at the building with a megaphone 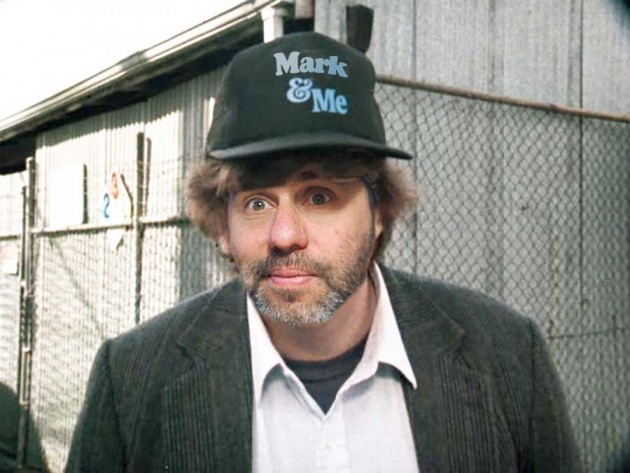 Might be time to fire up the video cameras…

Okay, because I have sprayed so much about this, I did assemble a very easy to understand outline of the problem, so that even the CEO of a large company responsible for this might grasp. If anyone can explain my logic flaws (which is eminently possible) please do, but I think I am clearing showing that Facebook does not follow their stated Community Guidelines or their rules on accounts, and the design of their reporting system is evilly done as to make it impossible to communicate the problem.

Top / Featured Image: My own mashup- starting with a photo of street corner preacher (the search terms in Google Images were “crazy preacher corner”) that is from a Lancaster Online article “Street preachers exercise their First Amendment rights to proselytize on city’s corners”. The photo, by Dan Marschka is for sale in 4×6 and coffee mugs but I see nothing about digital versions. What I am doing, is of course, illegal, but pffffft. Let ’em tell me.

I inserted my own Facebook rant message (blogged a few days ago with an image remixed from a cc licensed Wikimedia image which is from a US Government agency which is ….) ago– I had to extend the sign a bit in dimensions behind the dude’s head. Speaking of head, that’s about the only legally licensed part, it’s my own photo https://flickr.com/photos/cogdog/7559700494 shared under a Creative Commons (BY) license.

Copyright is more fun than doing taxes AND having root canal at the same time!